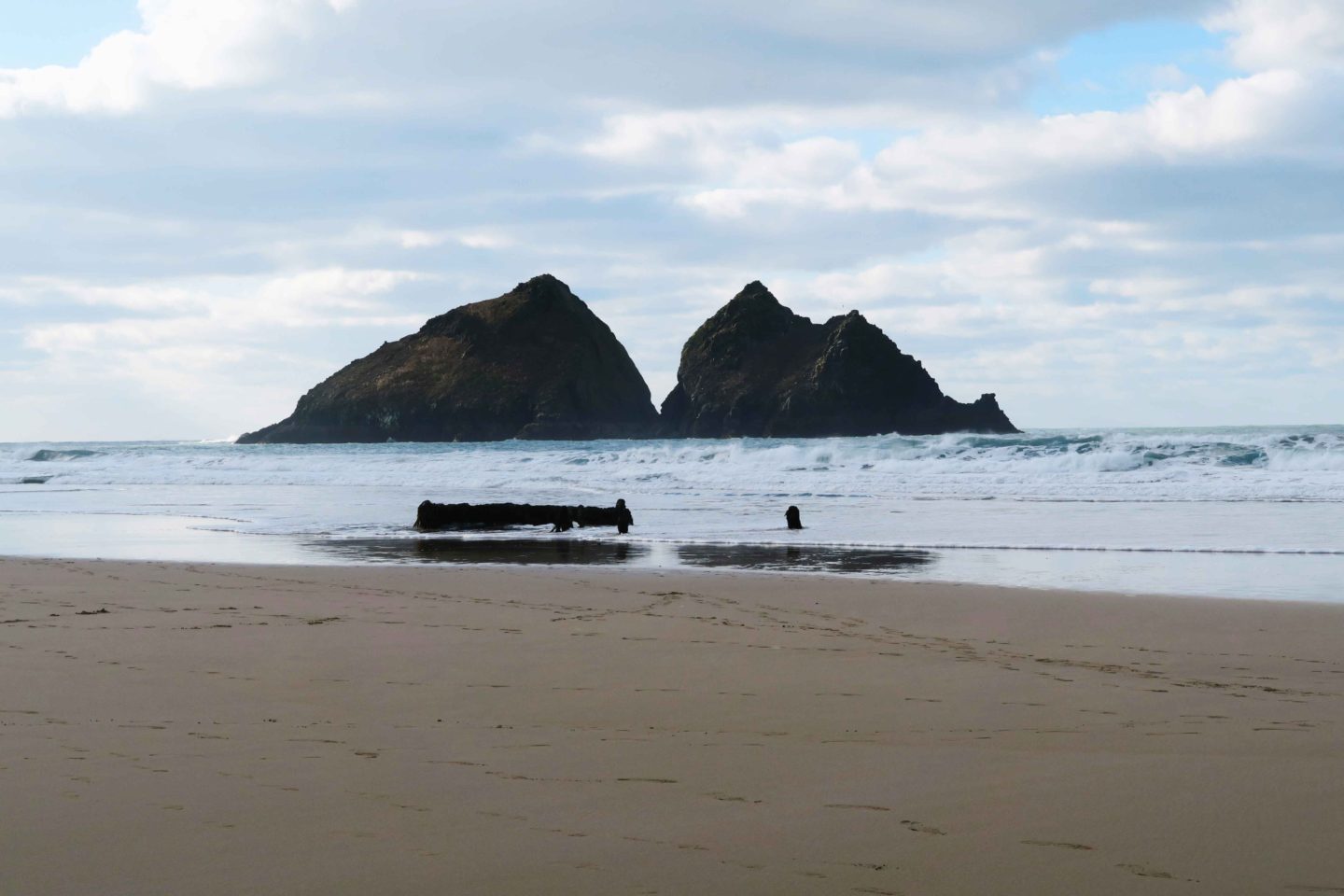 Toady’s post is all about Holywell bay which is owned by the National Trust and located on the north coast near Newquay, Cornwall.

You may recognise Holywell bay as it’s a filming location often used in the BBC Drama, Poldark. The stunning rocks give a great backdrop for those moody scenes. Holywell was also used as a location in James Bond’s die another day and the TV adaptation of Agatha Christie’s And then there were none.

How Holywell got its name

It is believed that between the two rocks is a holy well, hence the name. I have never managed to swim over to the two rocks or visited when the tide has been far out enough so, I can’t confirm or deny this myth! 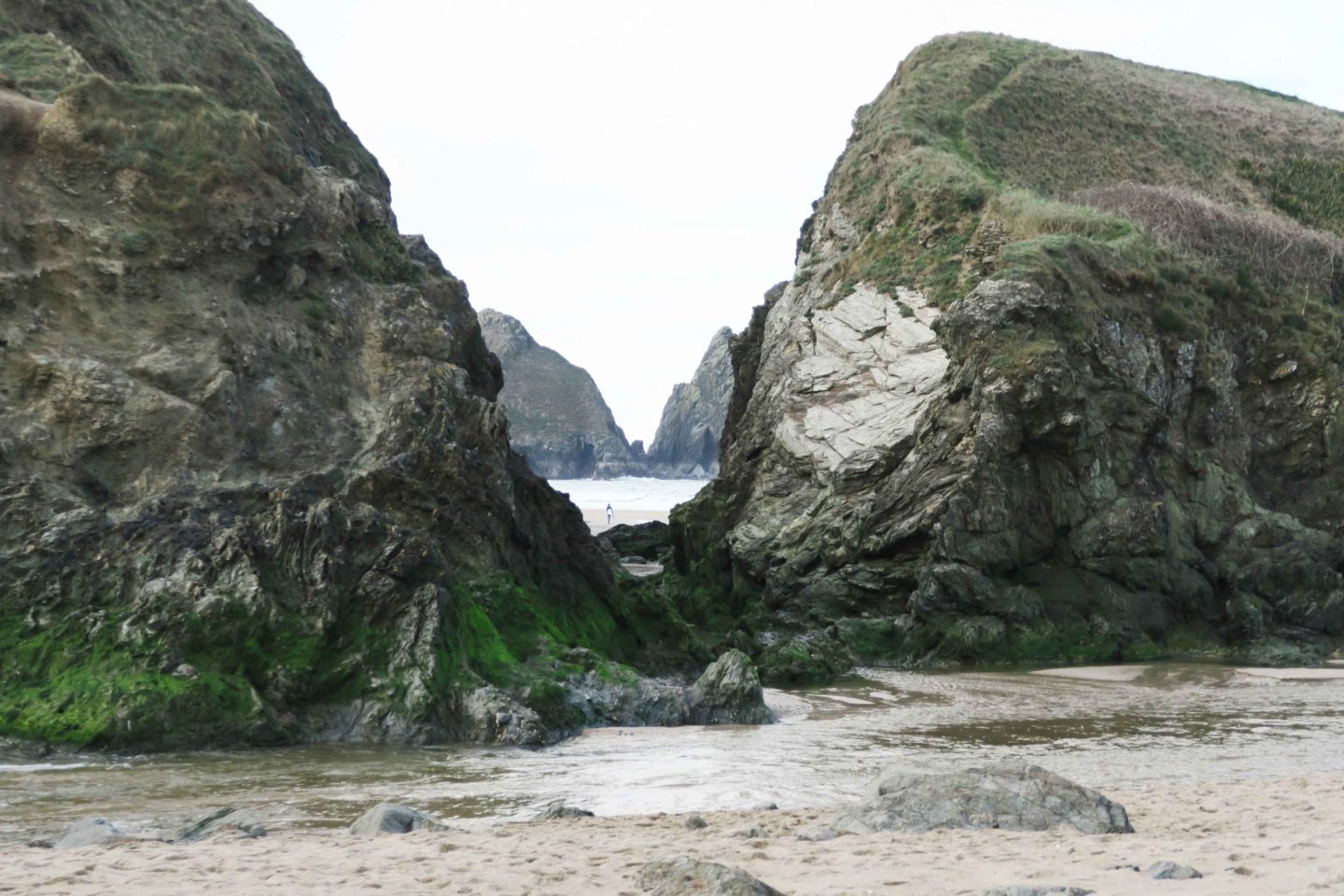 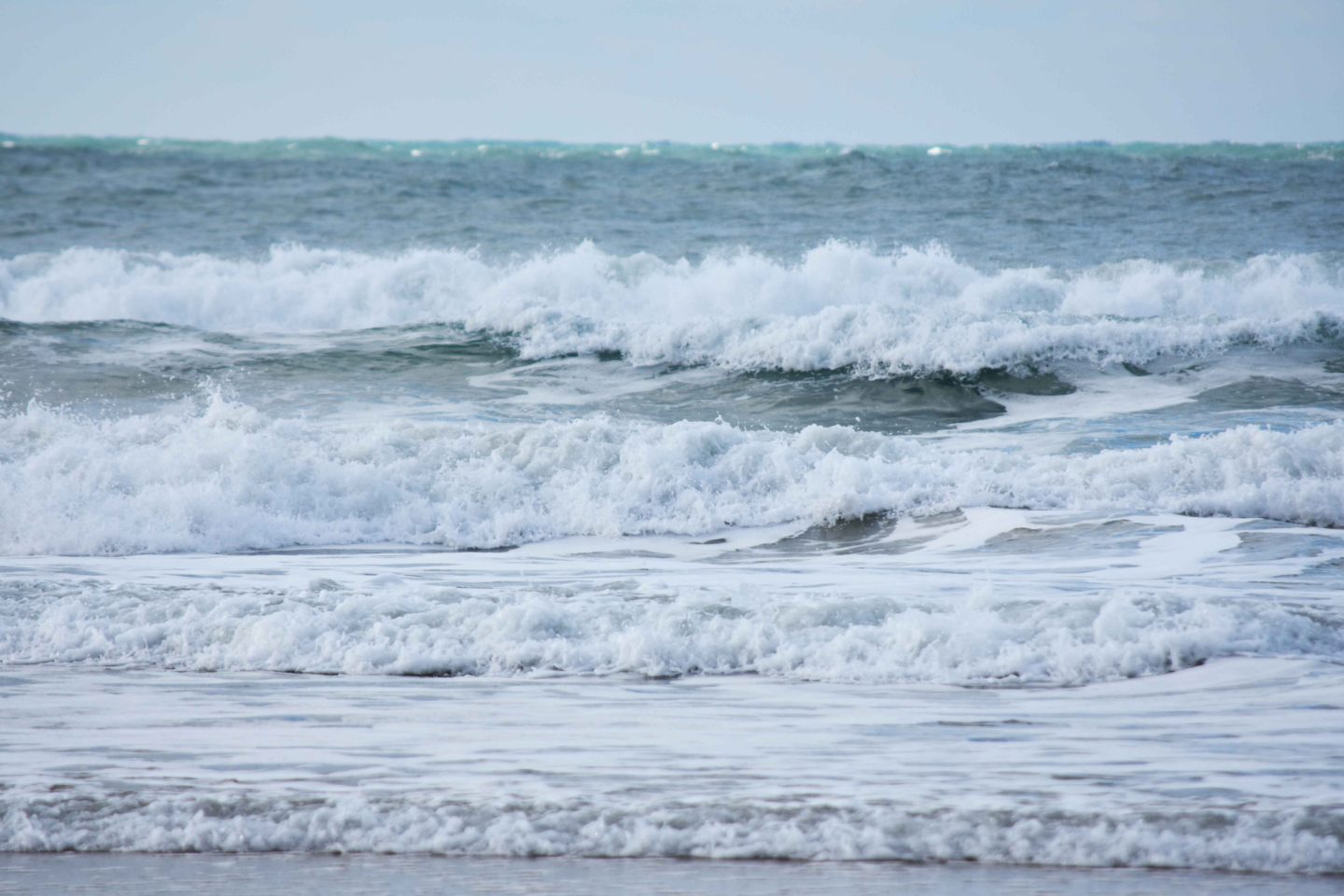 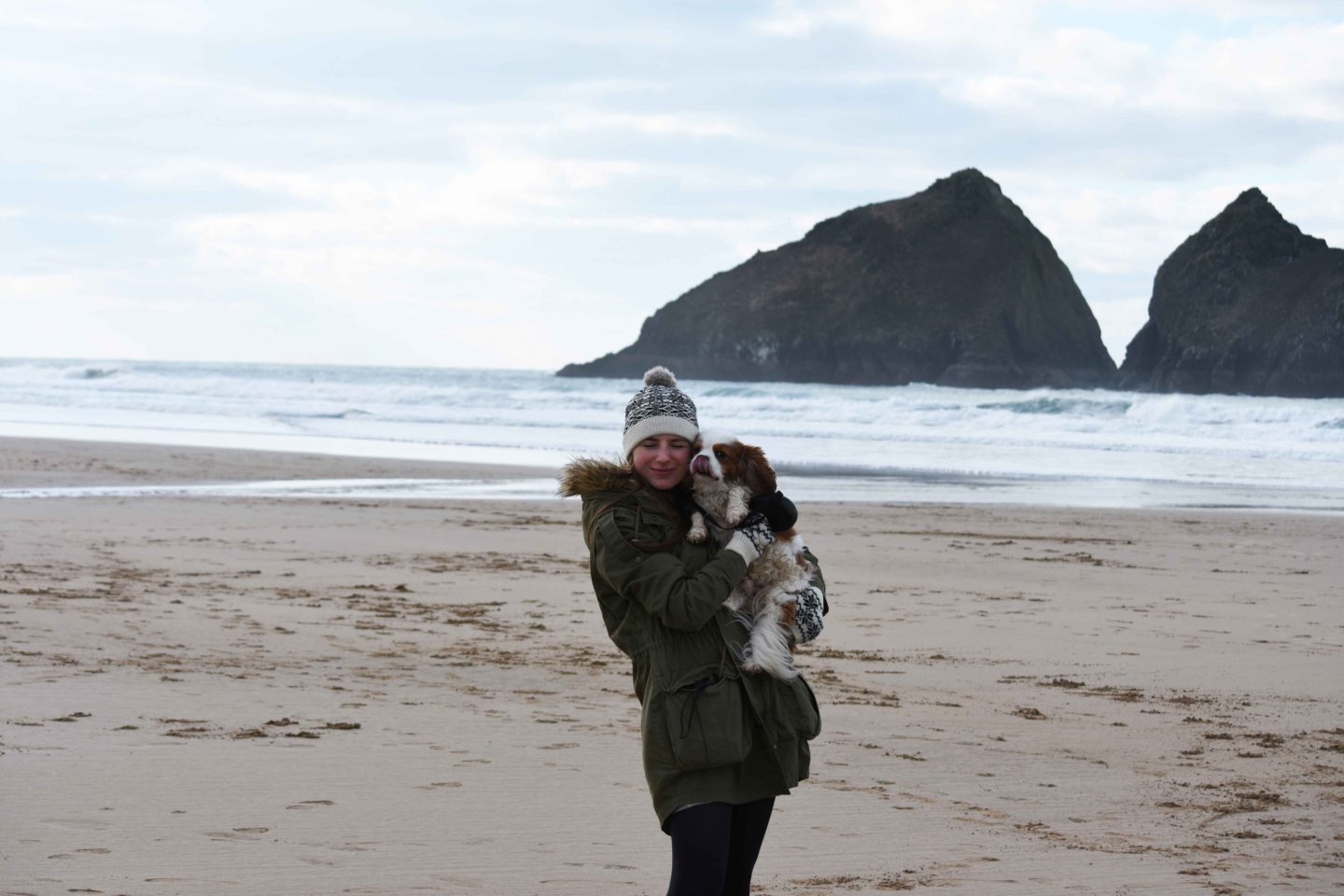 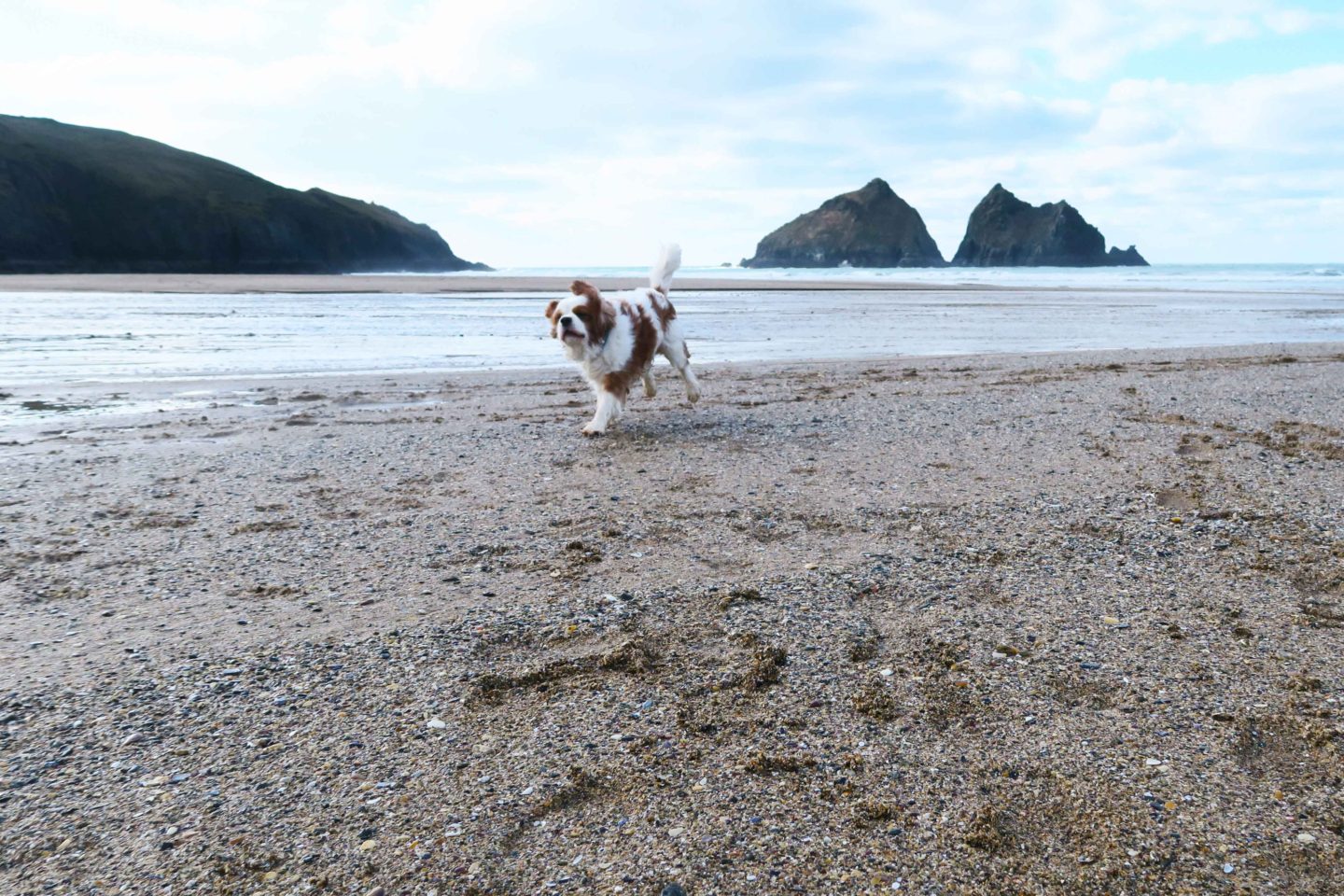 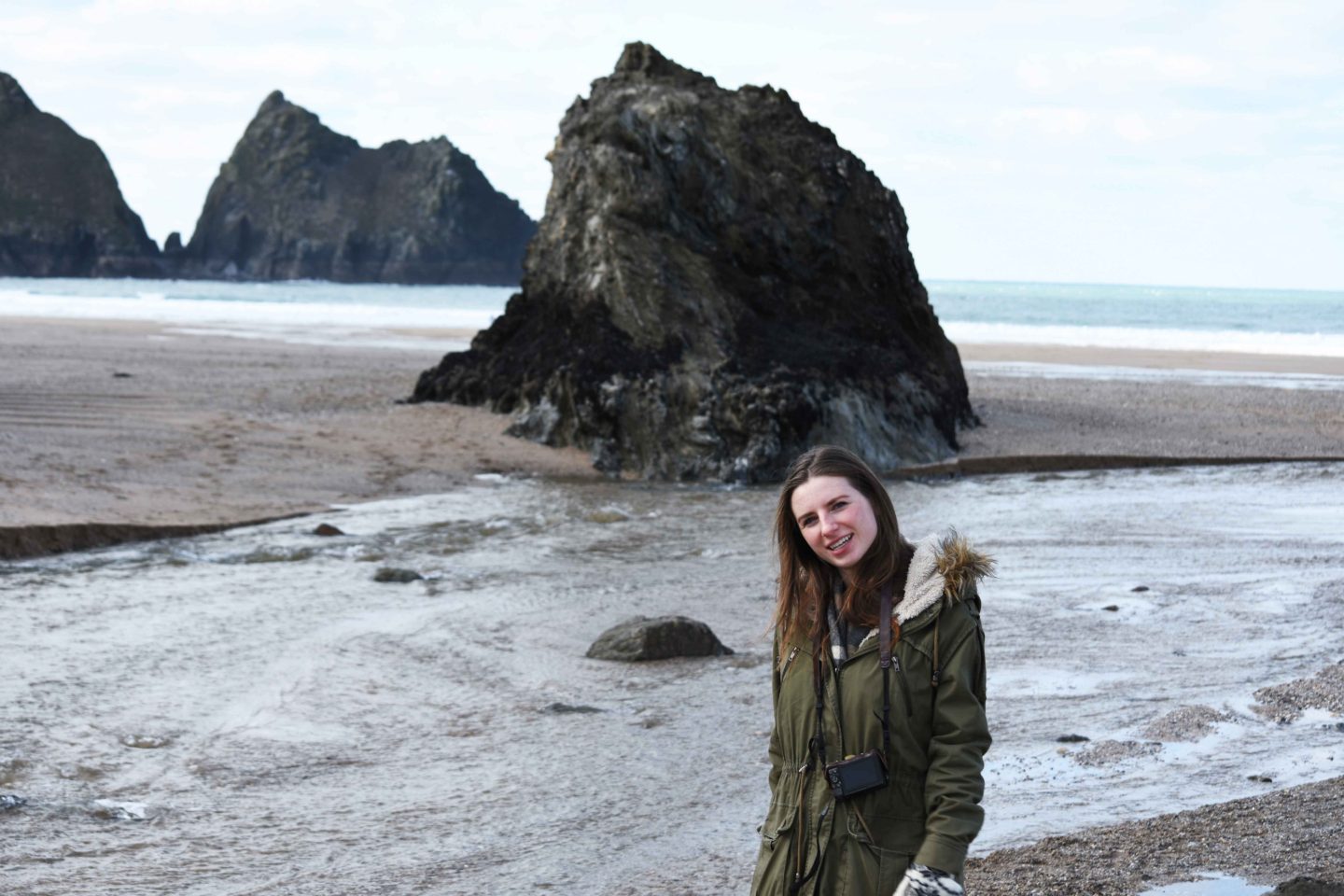 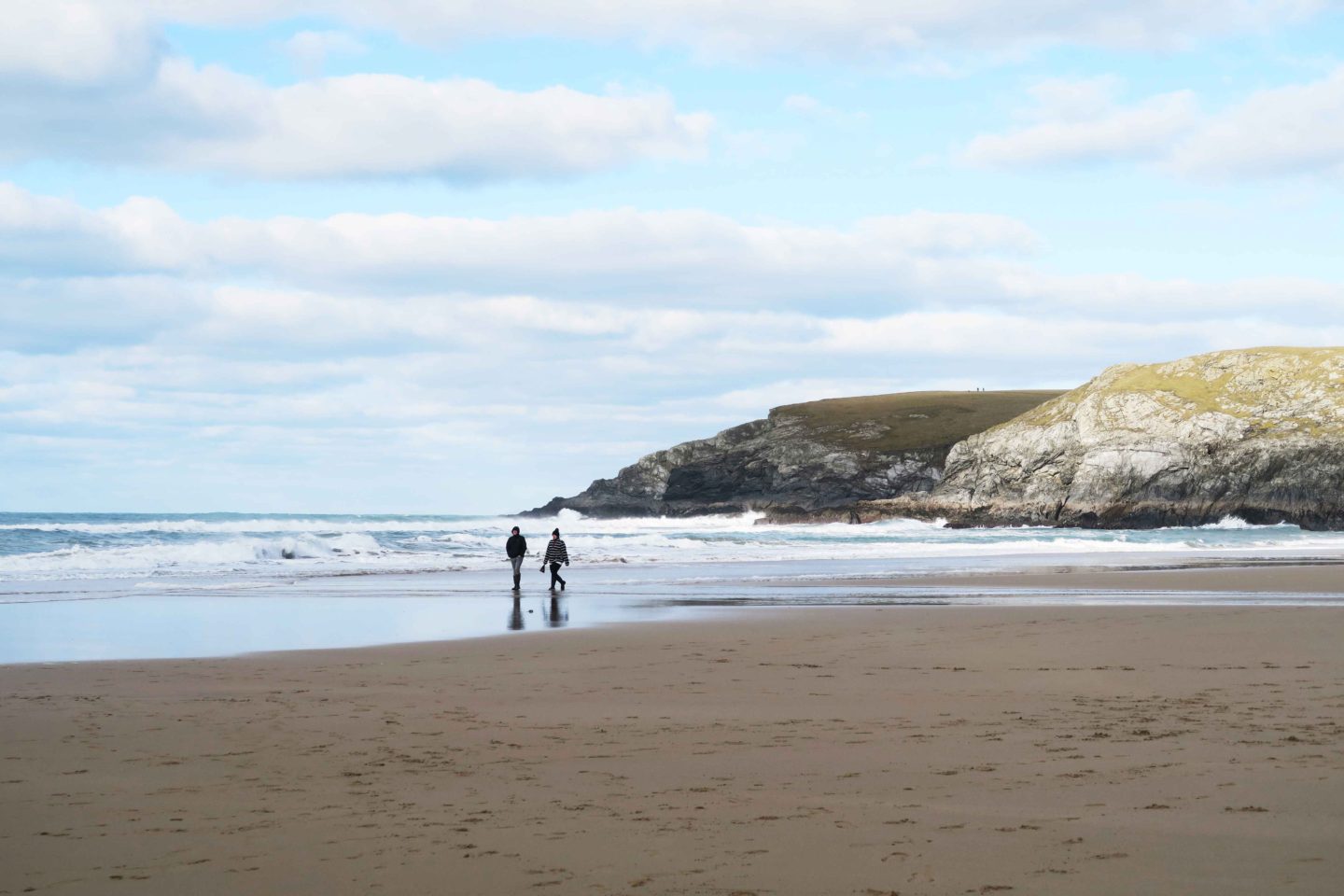 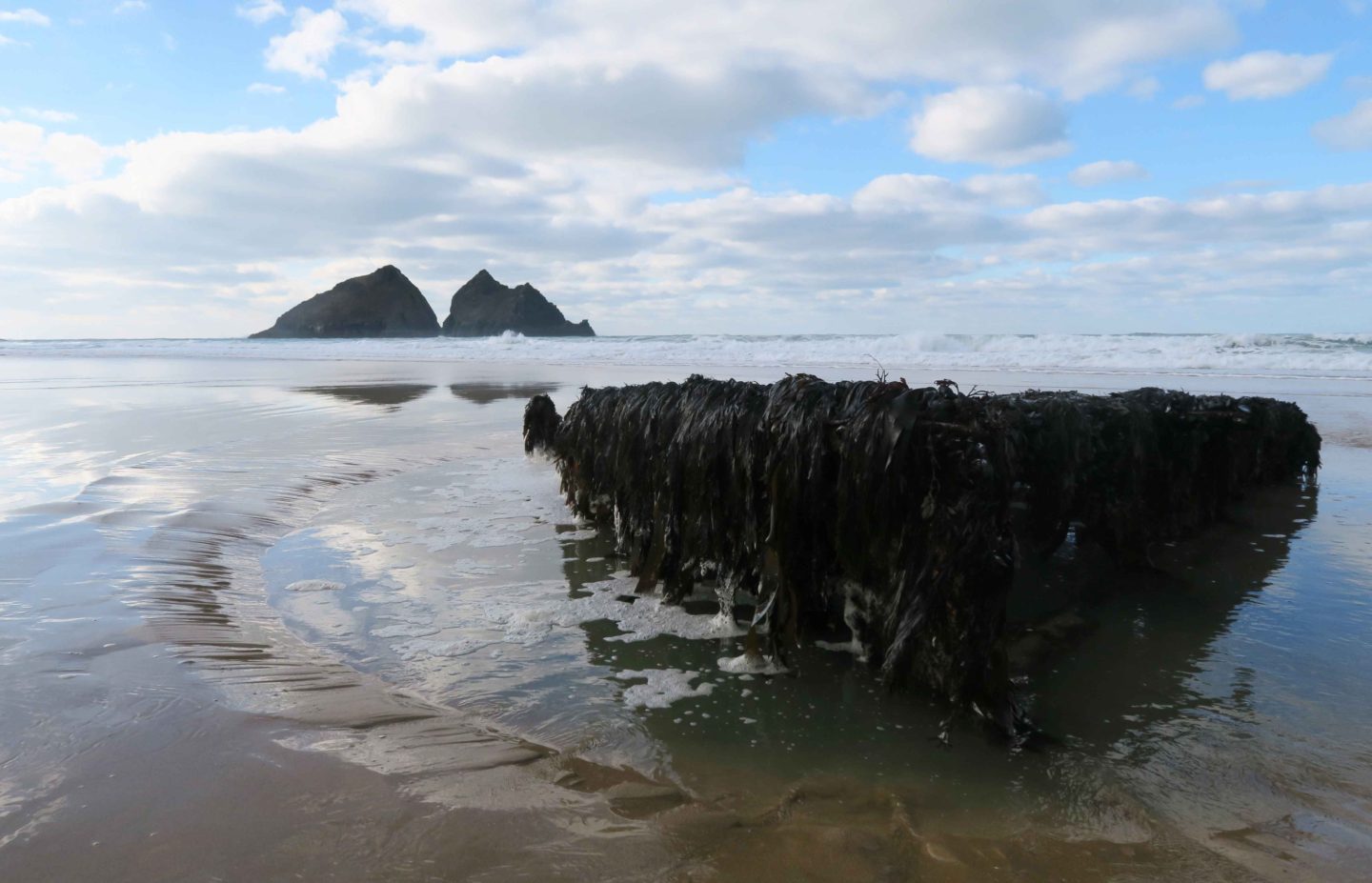 I normally go Holywell to walk my dog as it is dog friendly beach all year round. However, it is also a great place to go in the summer as it is a lifeguarded beach with a river, sand dunes and food facilities near by which is great for all of the family! 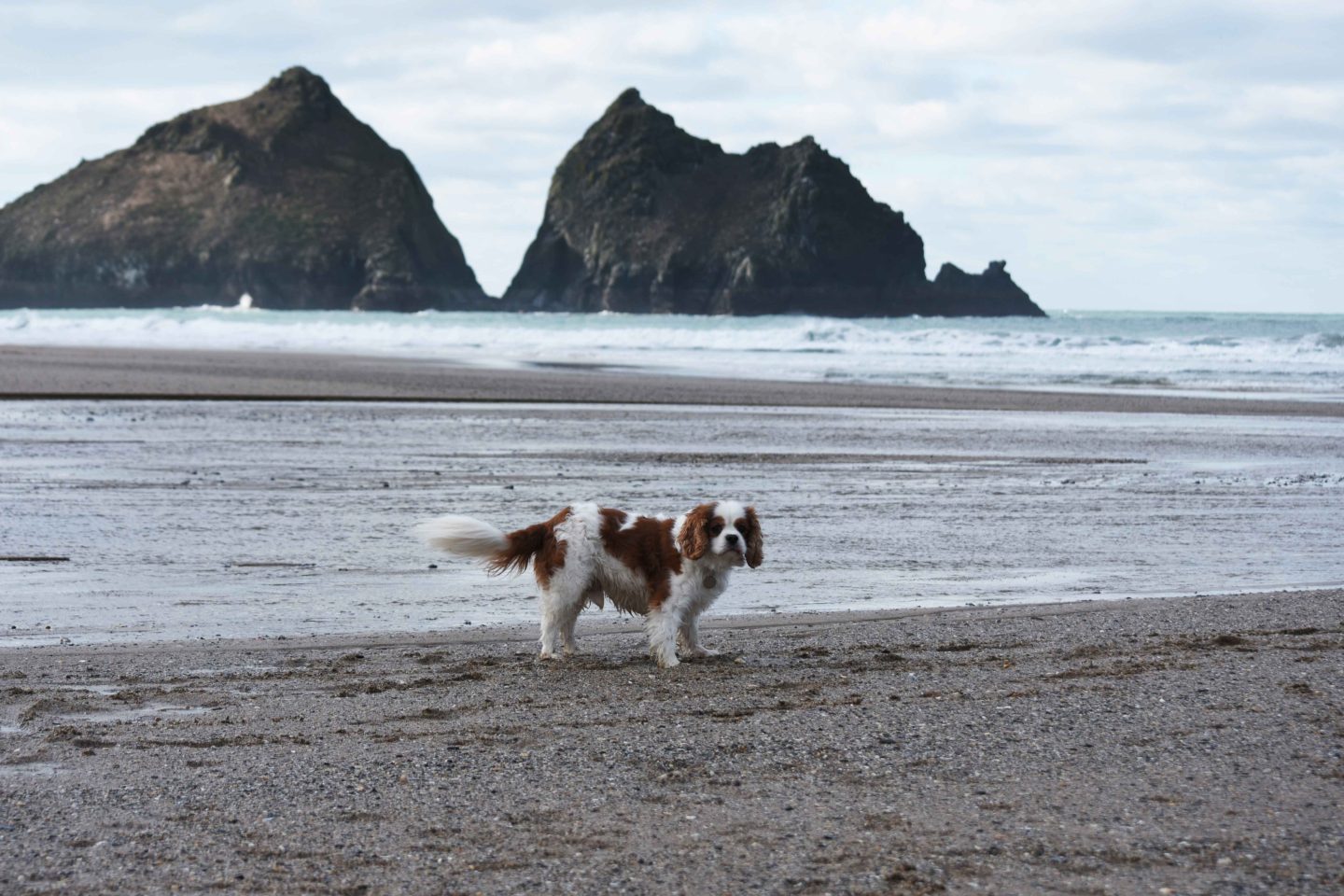 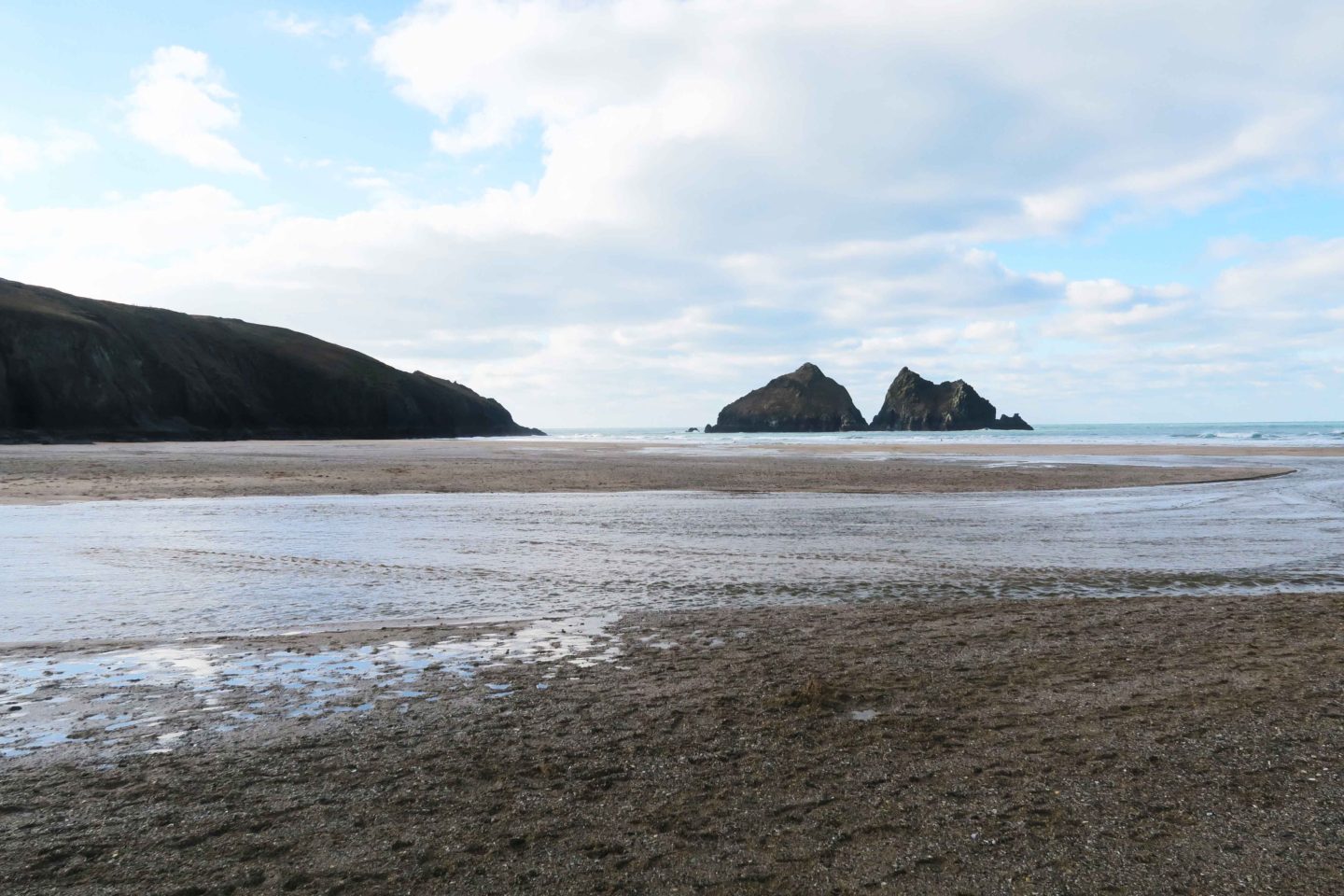 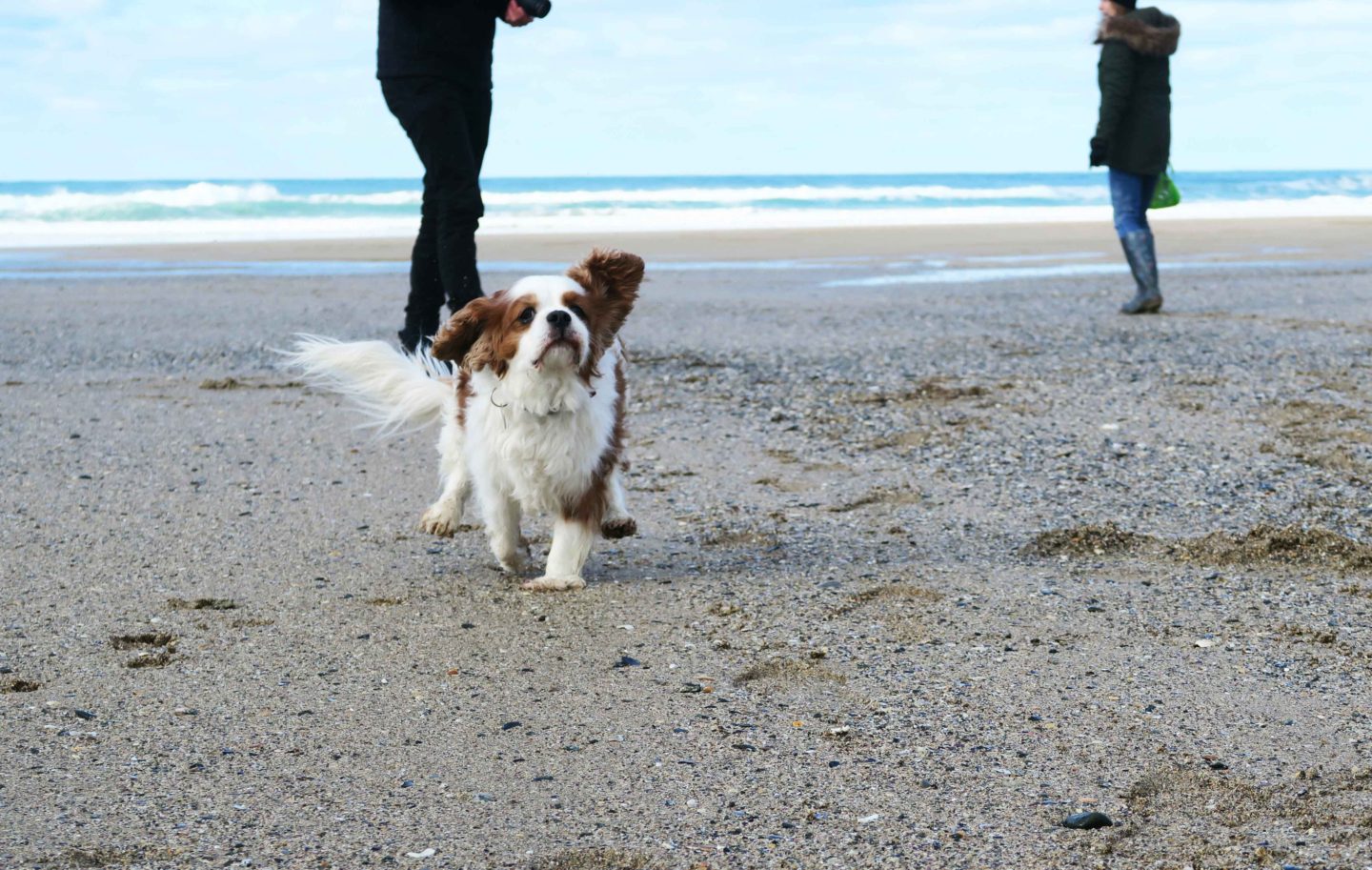