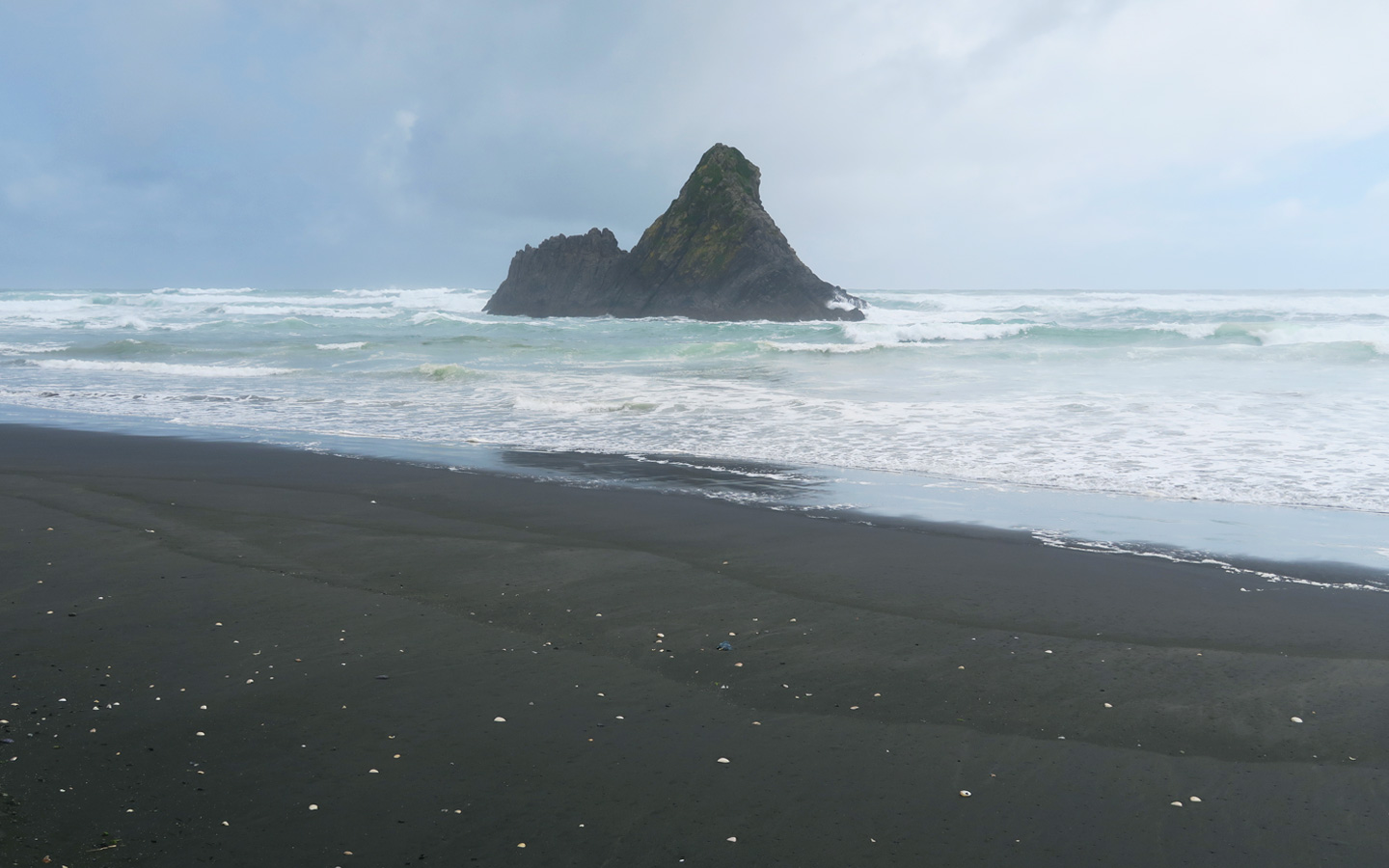 Hello everyone and welcome back to my blog. I hope you are all doing well and have had a fantastic start to the new year! Todays post is all about our trip out of Auckland once we had picked up our van.

The first port of call was Piha, a seaside village west of Auckland. It is known for its strong surf and Lion rock. Lion rock is a volcanic monolith with war memorials and Maori carvings. Piha and the surrounding area also has a host of black sand beaches which are spectacular. As mentioned Piha has one of the most dangerous beaches due to its strong surf. We went in body boarding while we were there and I can confirm that it is the strongest current I have ever felt. Because of this we did not go any deeper than waist height but, we really did not need to as the waves we were really that powerful. If you are ever visiting Piha I would recommend doing so in high season when the life guards are in force. Or alternatively going out with a surf instructor who knows the waters!

Located near Piha is Karekare, the western part of Waitakere Rangers Regional Park. The waterfalls here are huge and if it’s a lovely day you could get an epic picture of you in the pool in front of it. However, as you can see on the right it wasn’t the warmest of days for us. 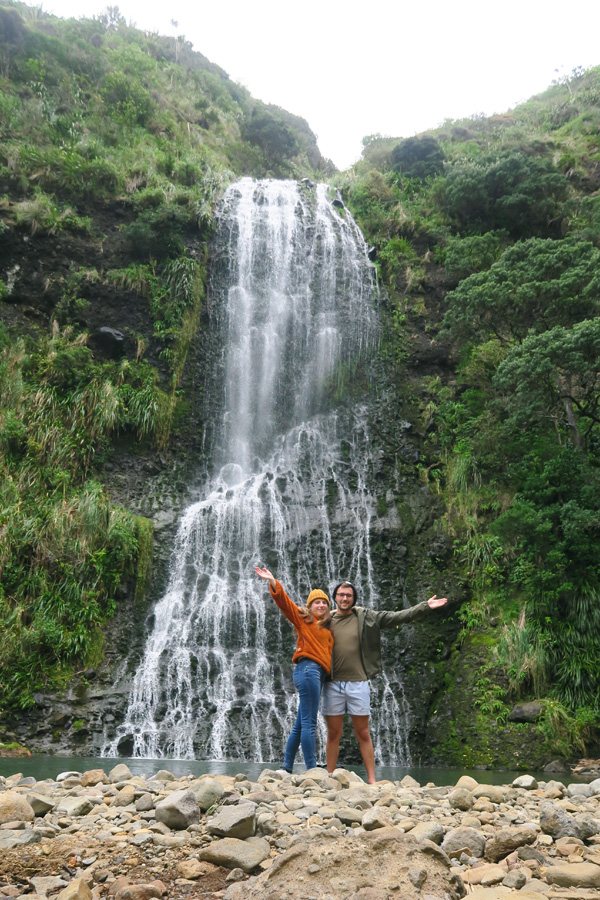 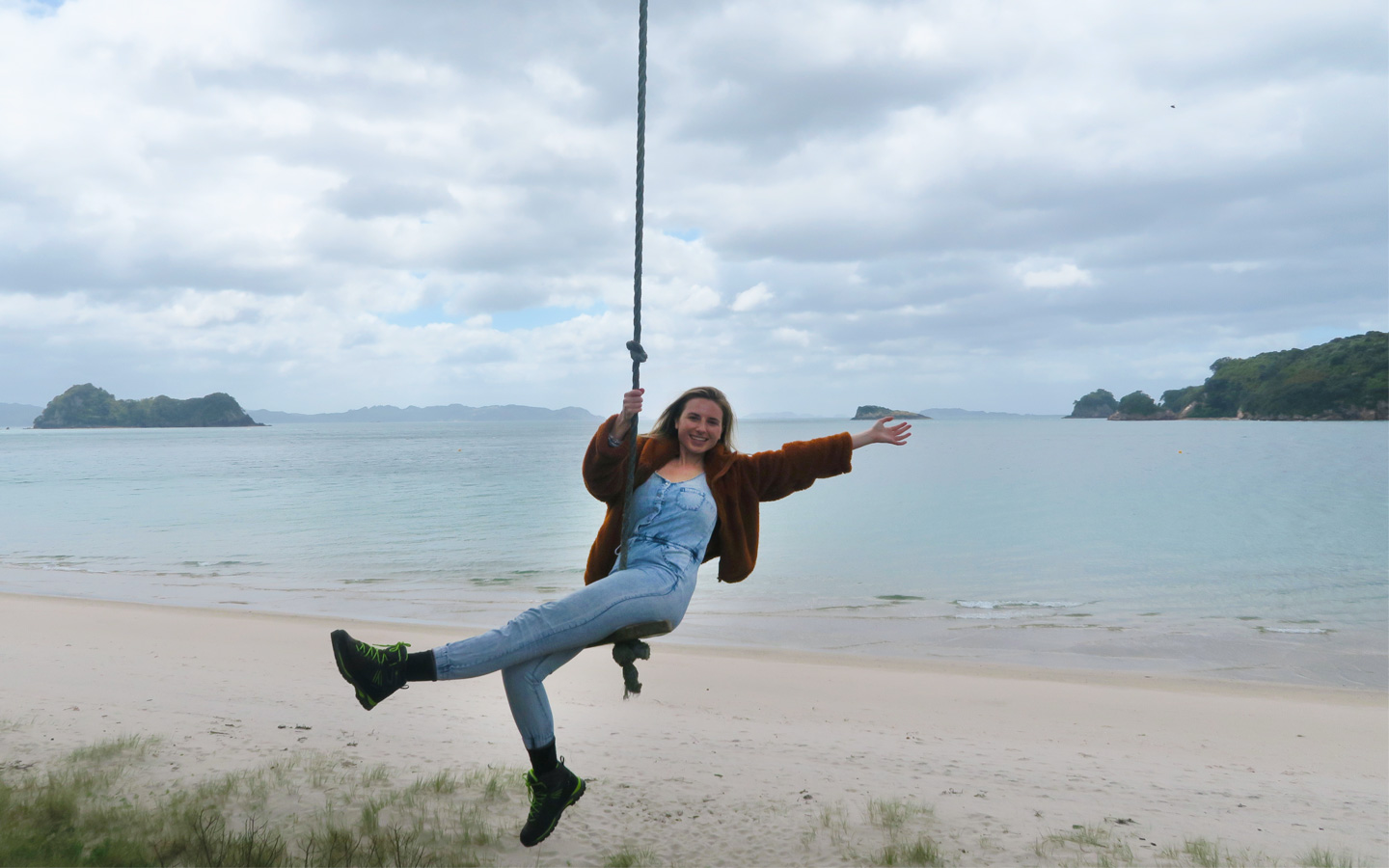 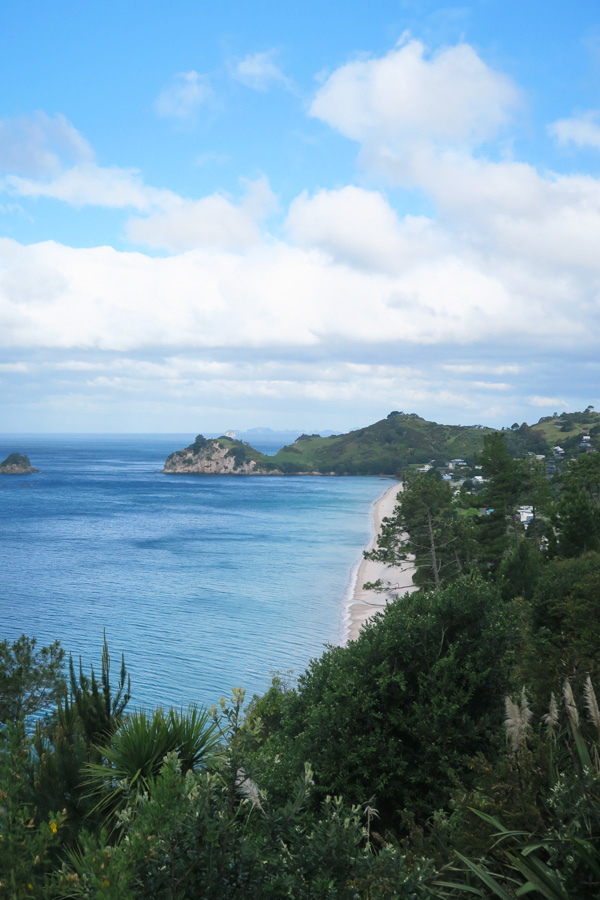 We then embarked on the 3 hour journey over to Coromandel where we stayed 2 nights next to Hahei Beach.

From Hahei Beach you can take to coastal path along to Cathedral Cove, the walk was roughly under an hour. Along the walk you get amazing views of the coastline and will arrive at Cathedral Cove beach where you can go in for a swim. Along the coast path there is also Gemstone Bay which has a snorkel trail.

A quick side note, while having a BBQ on Hahei beach we heard an old fashioned WW11 siren and shat ourselves. We thought the world was ending or we were going to be hit by a tsunami! Well actually it turns out that, that was not far from the truth. A short siren means that the local people in the area who volunteer as paramedics, fire fighter’s etc are to come to action. Whereas, a long continuous siren does mean tsunami and to get yourself the hell out of there! Let’s just say I was fully put off my veggie burger after that.

We woke up bright an early and headed over to hot water beach, roughly a 10 minute drive from Hahei. Hot water gets its name precisely because it has hot water. An underground river of hot water flows from the interior of the earth to its surface here meaning that if you dig 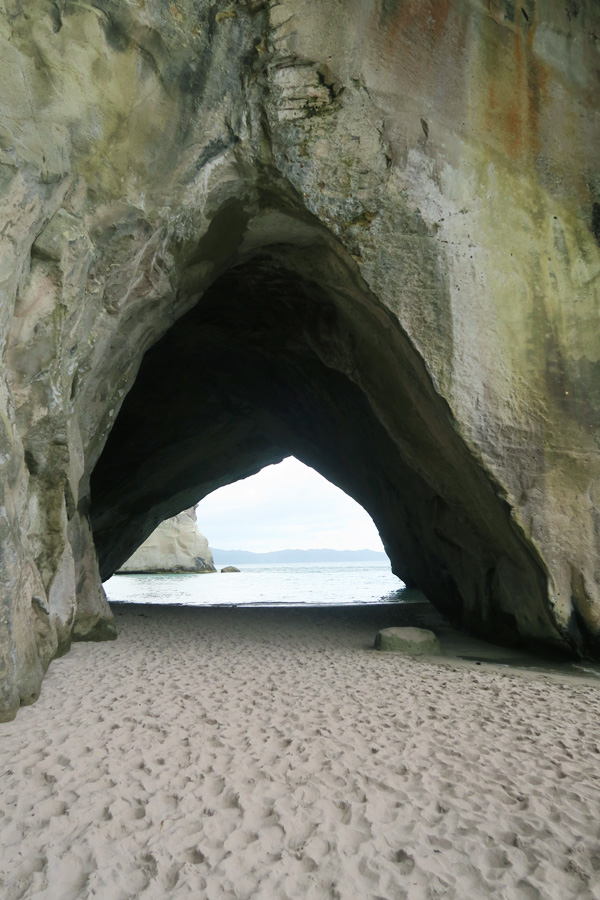 down into the sand you will be rewarded with your own little hot tub. However, not everywhere on the beach has hot water so dig down a bit, put your feet in the pool and if it’s hot it is a success, if not move on to a new patch. We were told the best times to visit the beach was 2 hours either side of low tide and the best place is to position yourself behind the rock that is out to sea. Also at hot water beach you can hire out  spades for $5 and there is a really cool art gallery and gift shop there.

We then drove 3 hours down to Waitomo Caves which are famous for its glow worms. We went on guided tour with Cave World which was excellent. You probably have to go on a tour as all of the caves are privately owned but, it is definitely worth it. The photos don’t do it justice! That night we stayed at Roselands Waitomo caves which was a free campsite with restaurant which was reasonably priced.

So that’s it for my little round up of what we did when we left Auckland. Check in for next weeks post all about the famous Hobbiton. Also don’t forget to check out my other posts on Auckland, The Great Ocean Road, Melbourne, Port Douglas and Sydney. My heart goes out to all of those who have been affected in the latest bush fires. 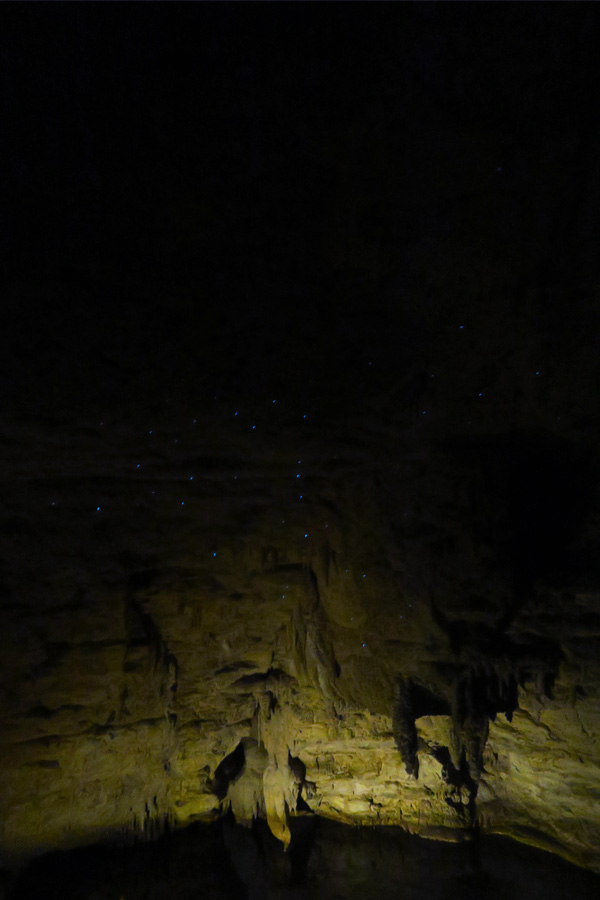 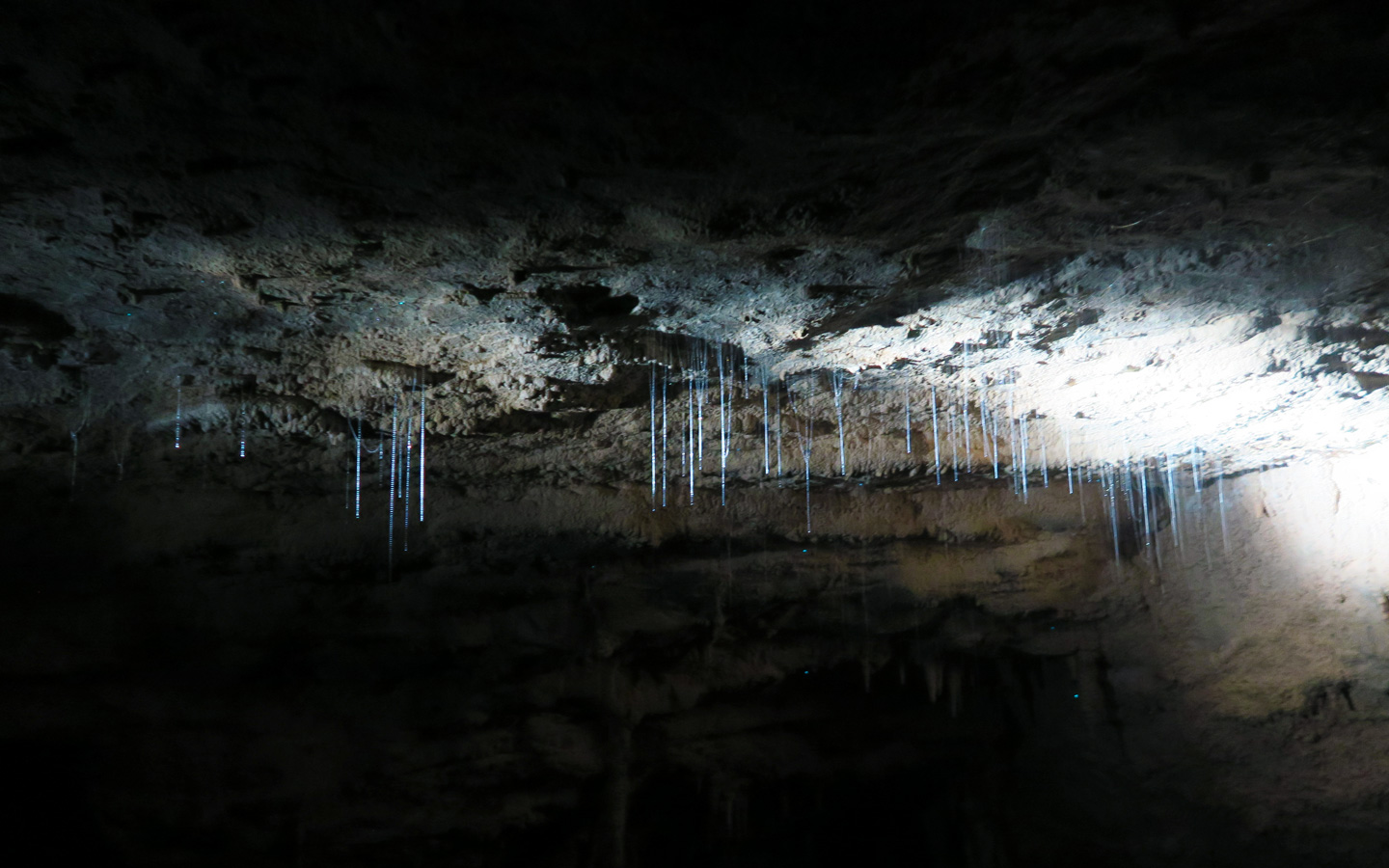