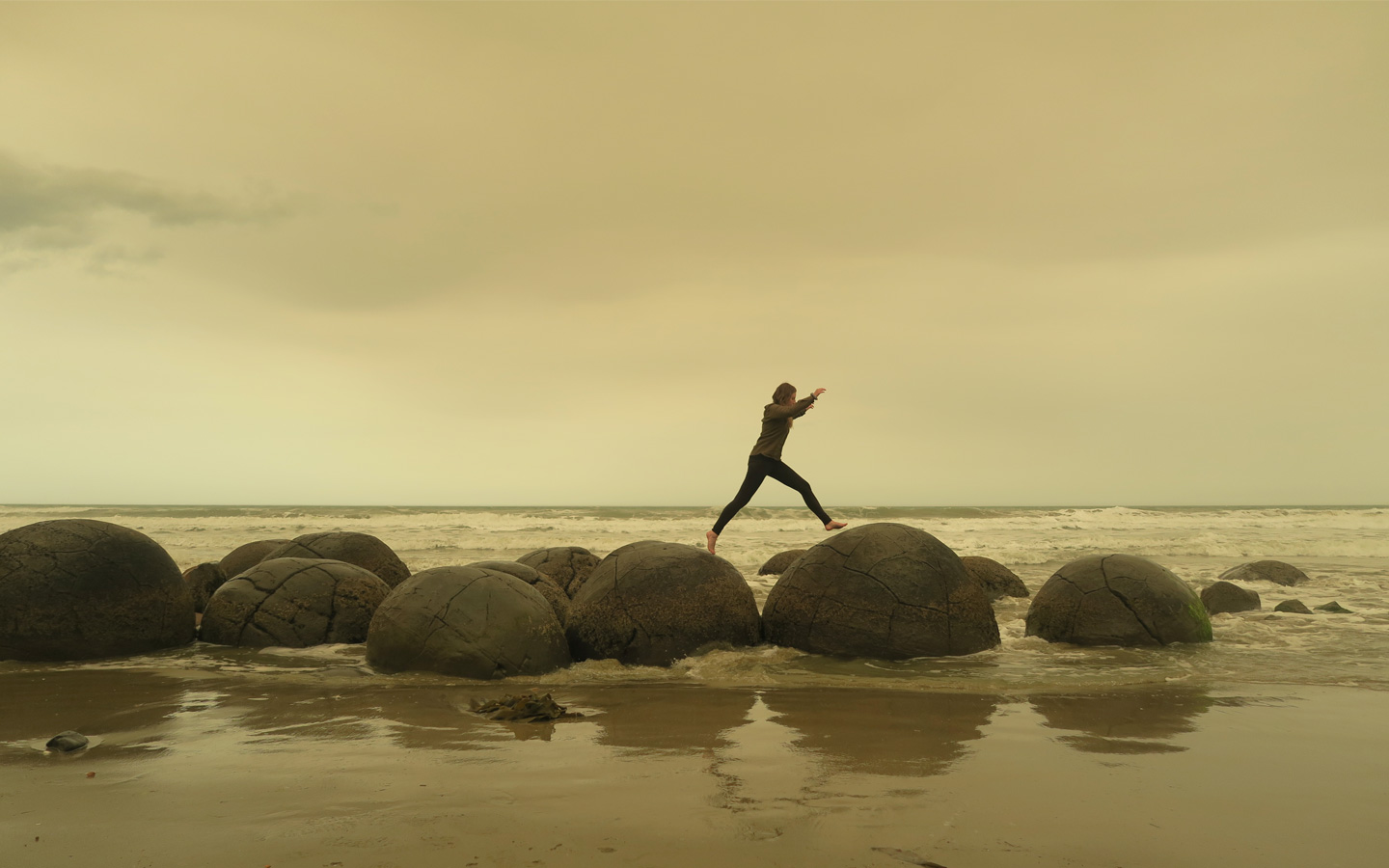 Hello everyone and welcome back to my blog. Todays post is on Moeraki boulders, the world’s steepest street in Dunedin and Nugget Point where we saw a Leopard Seal!

Our first stop was Moeraki Boulders which are these unusually large spherical boulders that lie on the beach and in the sea. They are located along the Otago coast of New Zealand between Moeraki and Hamden.

The boulders are actually concretions that have been exposed by the sea eroding away at the cliffs. Many more boulders still remain in the cliff and they too will eventually come loose from erosion. Can you believe that the largest boulders are estimated to have taken about 4 million years to get to their current size! The Moeraki boulders also weigh several tonnes and be over 2 metres wide.

The reason the photos are a sepia colour is not from editing but, from the ash from the Australian bush fires that had blown all the way over!

Our next stop was the World’s steepest street which was on Baldwin street in Dunedin. I admit it was pretty steep but, we reckon that there are as equally as steep streets in Cornwall! 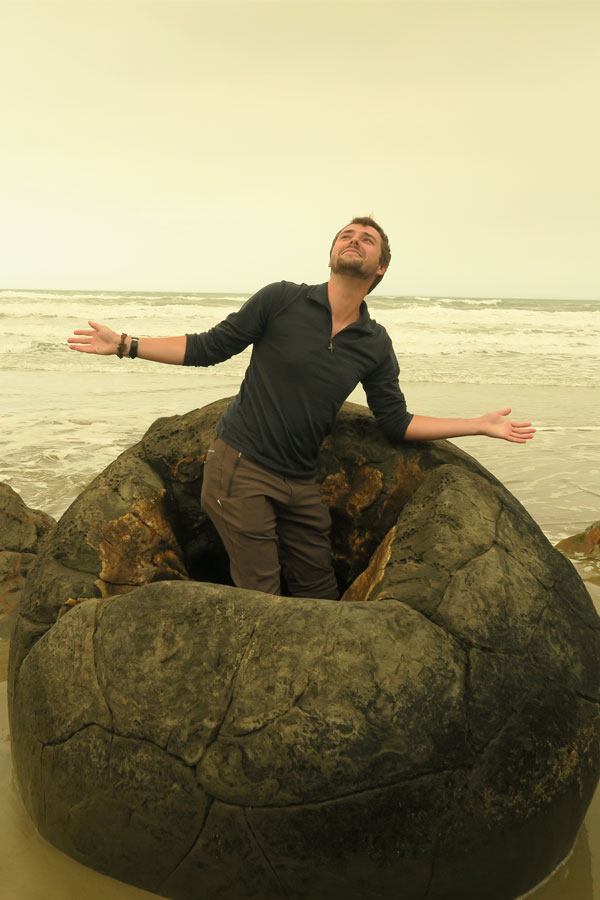 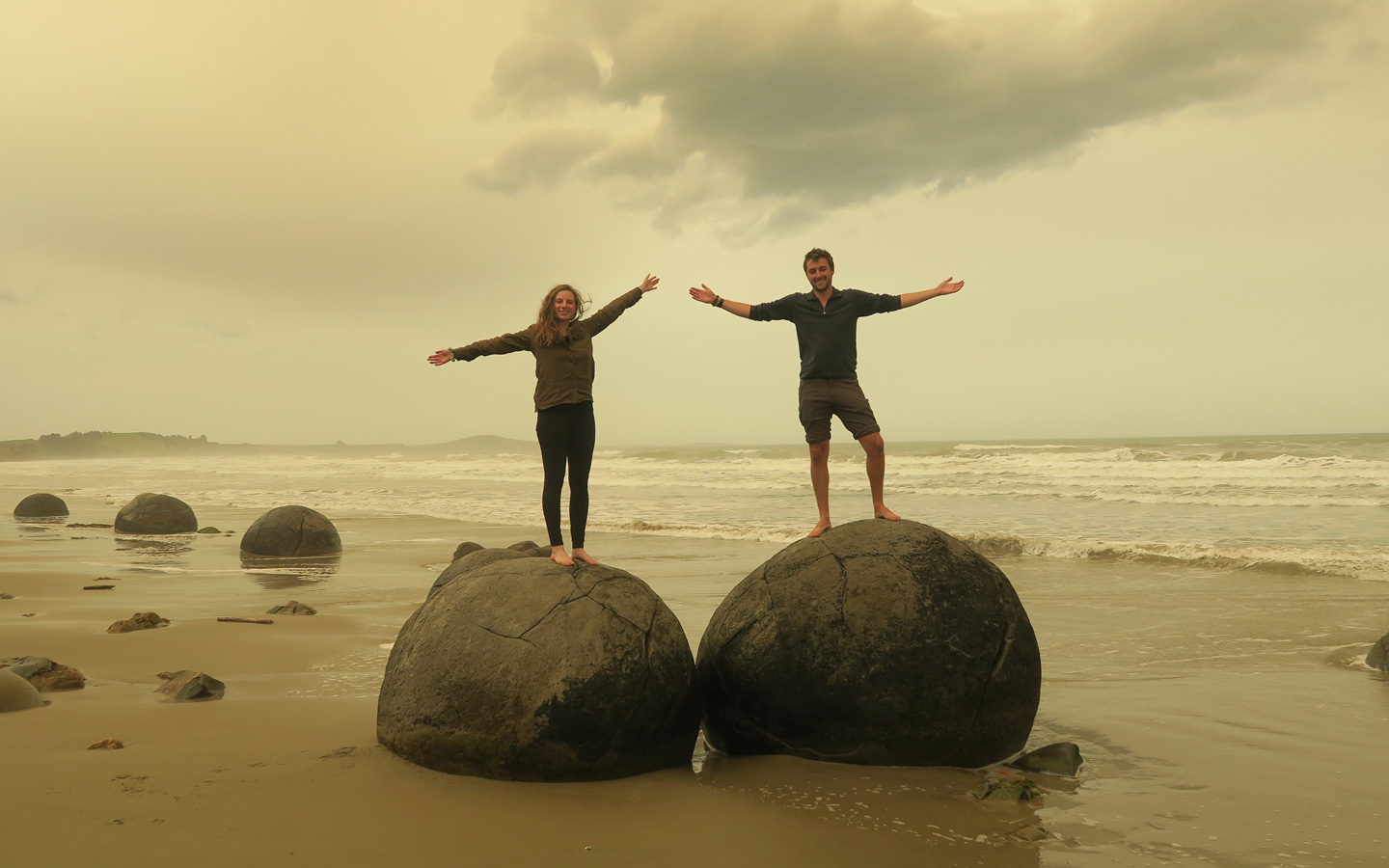 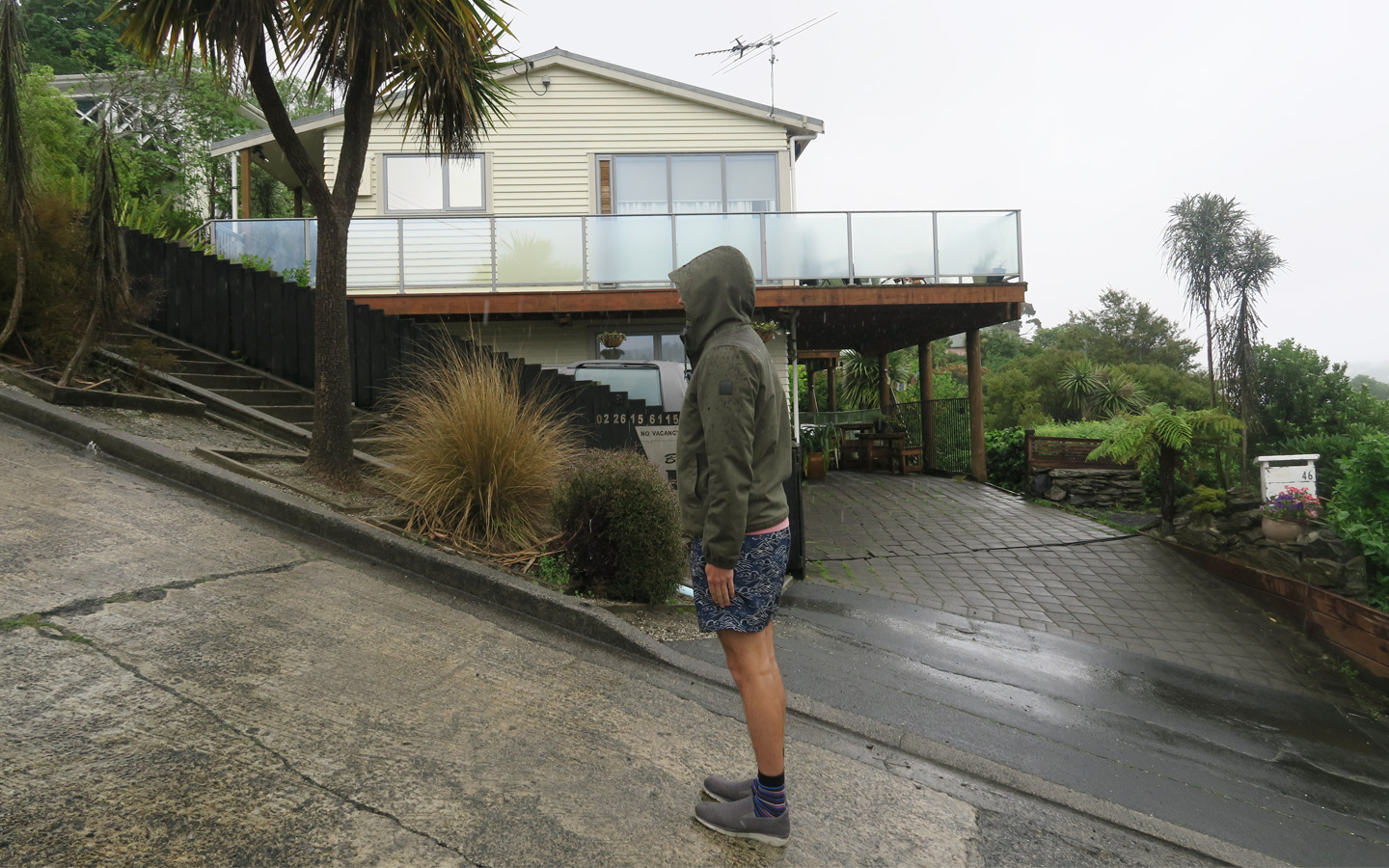 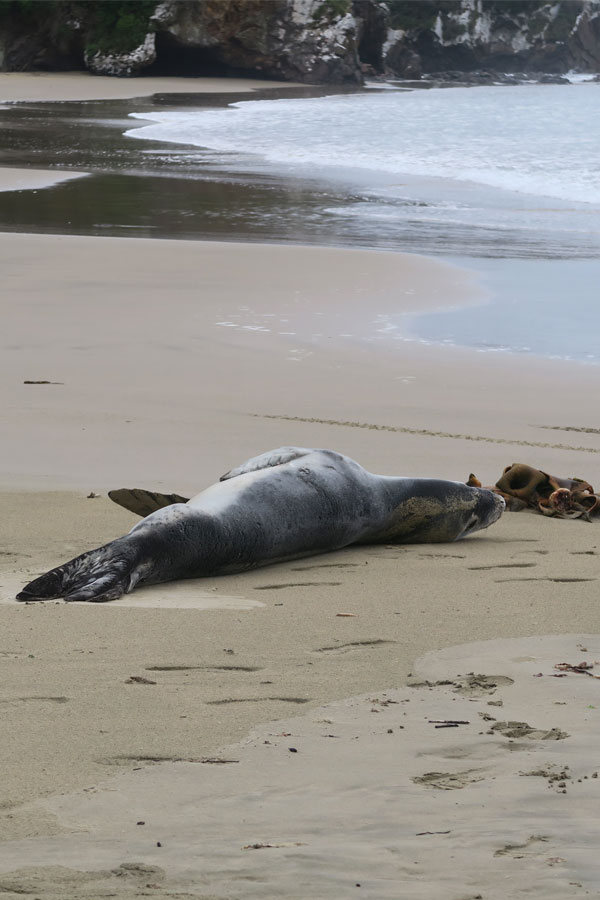 Nugget Point is one of the most iconic landforms on the Otago coast. It homes a lighthouse owned by Maritime New Zealand. Nugget Point is a hot spot for wildlife. You can often spot: seals, penguins and if you are lucky like we were, even Leopard seals!

As we were driving to Nugget Point we saw from the road a dead seal washed up on the beach. (Unfortunately in New Zealand you do see a lot of this.) However, on our drive back we saw it there again and decided to stop. This was because it looked kind of ‘fresh’ and we weren’t sure if it was just injured. Well… we confidently strode right up to this ‘seal’ whose back was facing us. However, as we got 1 metre away it decided to raise its sleepy, scary head. It turned out to be a fudging Leopard seal, which are terrifying. Don’t take my word for it, have a google. So we ran away and checked from afar to see if it was alright. It appeared to be okay so we left it well alone! 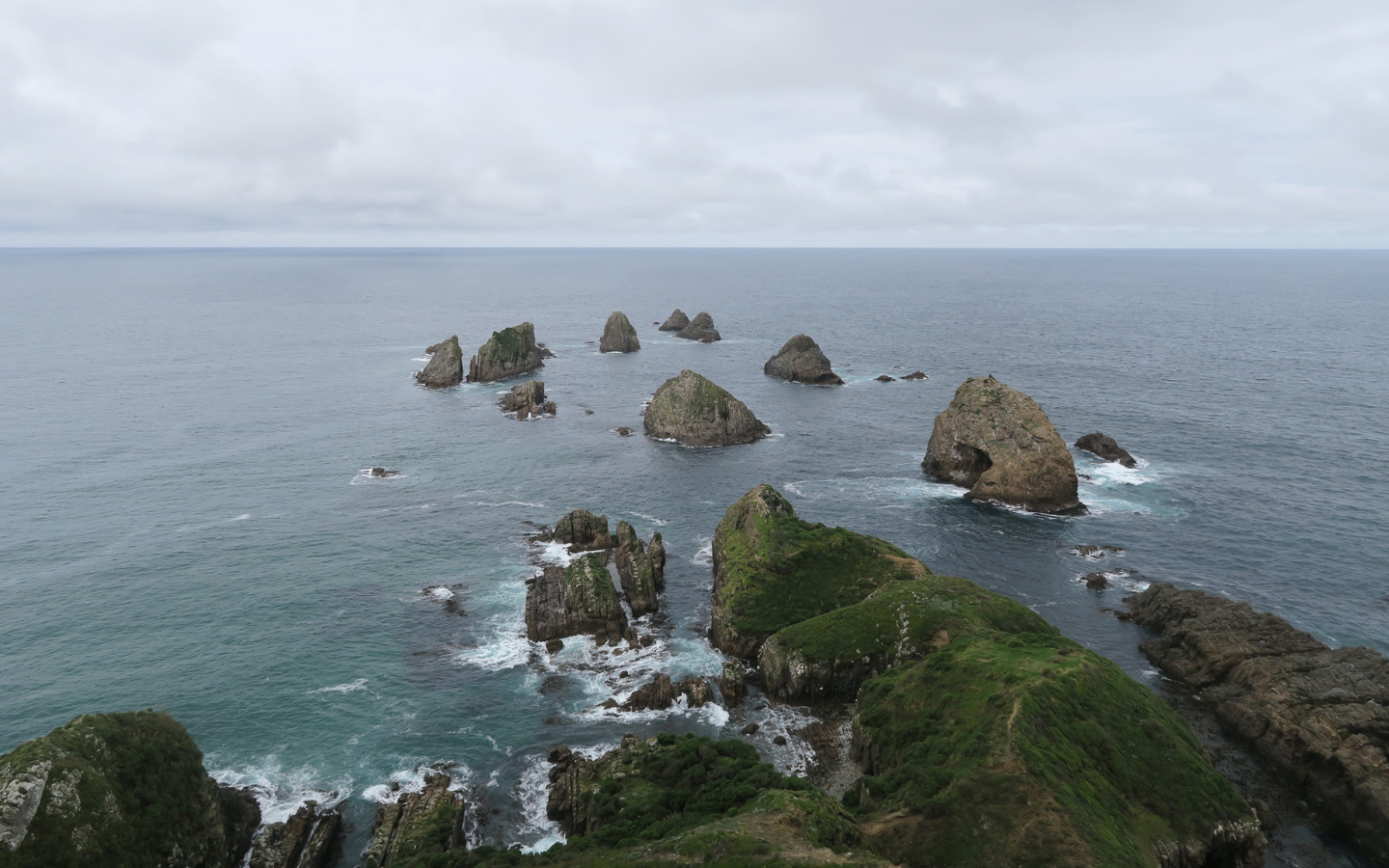